This website has been created as an online home for the materials associated with the #10DoT programme, devised by Dr Helen Webster. There are now several iterations of the programme, both those run by me and, as the materials are freely available under a Creative Commons license, they have also been adapted for use by colleagues at other universities. I’m really pleased that colleagues have found the programme useful, and therefore hope that this website will make the resource more readily available to others. The site gives an overview of what #10DoT is and how it works, offers guidance and materials on how to run your own #10DoT course, and brings together the various versions of which I am aware as well as any other relevant news.

If you have any questions or comments about the course, or are thinking of running it yourself, I’d love to hear from you! Feel free to leave a comment on the blog, or of course contact me through Twitter!

Nothing stands still for long in technology or higher education…. There’s been more recent interest in #10DoT recently, but there’s also been a flurry of changes to Twitter in the last year or so from favourites changing from a star to a heart (doesn’t quite feel appropriate in a professional context!), the increased character limit, and the sad demise of Storify….

The materials are certainly due a refresh, but if you’re using them in the meantime, do be aware that you might need to make some alterations to the wording or the content!

There’s been another flurry of interest in #10DoT recently, with new iterations of the programme from ARU and YSJ, suggestions of other ways in which the format could be adapted and enquiries about measuring engagement. The latter is one which I found quite tricky on the programmes I ran – it’s hard to ascertain what exactly you’re measuring. Is it sign-ups? Active tweeters? Subscribers to the blog or views of each page? Those who finished the programme?

This ties in also with the issue of how to encourage participants to, well, participate more actively, as well as to observe and measure that engagement. @philvincent at York St John has come up with a neat way of doing both, while adding an element of gamification to the programme. He’s discovered an app called Rise which he’s used to create a ‘league table’ board for tweeters, so those who use the hashtag, retweet and @mention the programme score points.

@PhilVincent @YSJTEL This is a really neat way to encourage and chart #ysj10dot engagement – not seen the app before!

My article on Ten Days of Twitter has just been published in SEDA’s Educational Developments 15 (4) Dec 2014. It’s accompanied by an account by Chris Rowell of his version of the programme at Regents University London. Both articles were based on the well attended and well received sessions at SEDA’s conferences over the last year.

On Thursday 13th November, Chris Rowell of Regents University London and I presented together on our experiences of running #10DoT. Chris adapted the programme from the original as #RUL10DoT, and has since explored other applications such as his 12 Apps of Christmas. I gave a brief overview of how I developed the programme, before handing over to Chris to share his experiences of running the format. We ended with some tips from both of us – things we learned the hard way and which we’d recommend for anyone wishing to run the programme themselves!

It was a whole year ago that I launched the first ever iteration of #10DoT, which ran simultaneously for STEM early career researchers at the University of Cambridge, and for Learning Developers as part of the CPD provision for ALDinHE, the UK Association of Learning Developers in Higher Education.

I can’t say what on earth possessed me to run two versions of the programme simultaneously, but I can say that the Ten Days of Twitter format had been something which I’d been tinkering with and developing ever since the idea popped into my head. I’d been thinking about how I could fit Twitter into the Digital and Social Media Literacies training resources I was developing for early career researchers at Cambridge – I’d tried workshops (fun, but tended to turn into tech support sessions and rather slow paced getting everyone sorted) and a blog post as part of a 23Things style course (Twitter is far to complex and interesting to be covered in one go). And then it struck me – why not a whole 23Things style programme all to itself? Ten seemed a good number of steps to break it down into, and of course, there was the alliteration. #10DoT! Ten Days of Twitter.

#10Dot was initially intended to be a one off, but things have really taken off since then. I exported the format to Anglia Ruskin University when I took up a post as Academic Developer there shortly afterwards, and it’s run three times, once for librarians and twice for academics, with plans to run it again to support the twitter chats and livetweeting I’m building up around our activities. I’ve presented about the format at the SEDA conference and written an article about it for their journal Educational Developments (forthcoming), and would love to run a #SEDA10DoT for them.

As a supporter and practitioner of Open Education, I’d made it available available under a Creative Commons Licence: CC BY NC SA so that others could take and adapt it if they wanted. To my very great delight, that’s exactly what’s happened, with four iterations having run already at other universities, and at least four more who are planning to run a version! I’d kept a set of notes as I ran it, to ensure things ran smoothly and aid my own memory if I wanted to run it again, and I typed these up and made them available as a How-To guide for others, which I hope have been useful too. As it grew, I created this site as a way to collate the resources around it and share news on new iterations or findings.

It’s been a real pleasure to watch it evolve and grow, and I’m thrilled that not only have others found it useful, but to see how they’ve adapted it. The format’s not perfect – I can be *cough* a little wordy and I don’t make my resources as visually interesting as I might. Others have improved the presentation, experimented with new ways of doing things (including having a team to run it – definitely an improvement!), playing with the format for other social media tools and introducing badges as a way of recording and rewarding participation. I’m really excited to see where #10DoT goes next!

This week I will be presenting on my experiences of developing and running #10DoT at the May 2014 conference of the Staff and Educational Development Association in Newcastle. I’m looking forward to discussing the format with colleagues, and hope they find it useful! 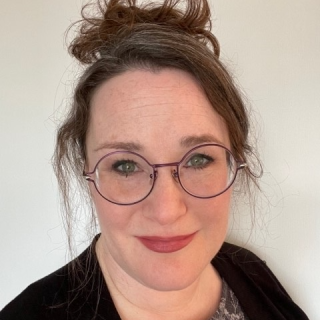